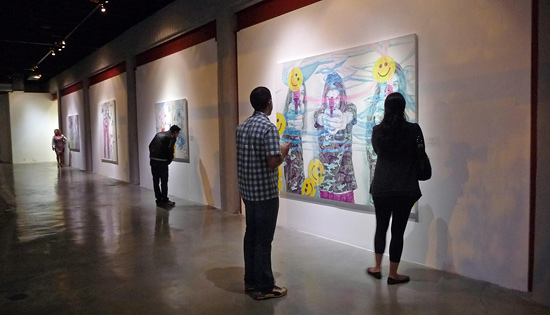 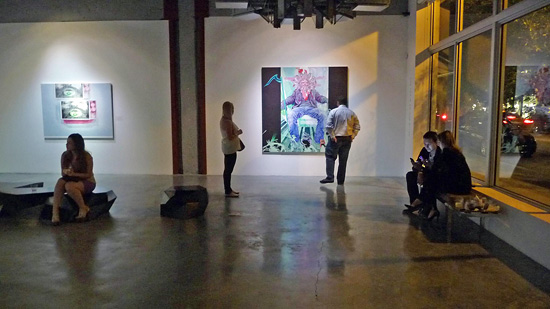 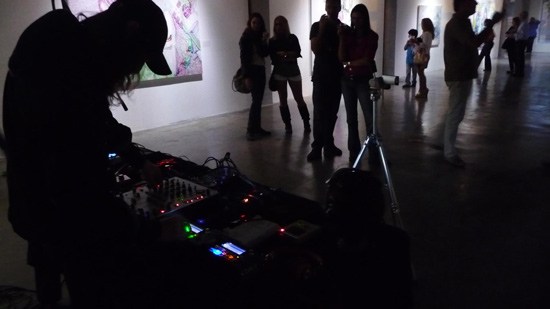 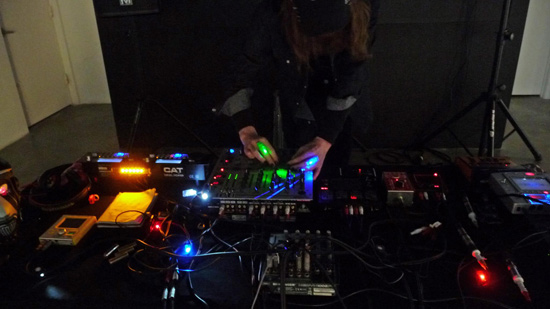 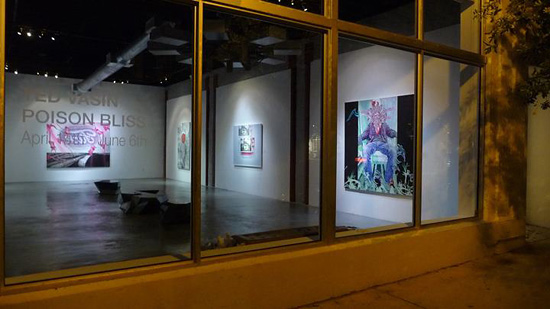 
Ted Vasin, the Russian-born psychedelic artist known for his meticulously drawn, dark psychedelic works is returning to Miami for a 2 month-long exhibit of his latest work. "Poison Bliss" is the just-completed collection he began in 2009, and will be showcased at 101/exhibit in Miami from April 14 to June 6, 2012.

Meticulous in realism yet beautifully unsettling, Vasin's work evokes the isolation of a dark, drug-induced hallucination, and frequently pairs drawings of detailed environments with shocking hues and metallic paints.

"Poison Bliss" continues Vasin's tradition of using large-scale canvases to capture his truly exceptional drawing abilities, incorporating twisted iconography, hallucinations and an uncomfortably skewed vantage point. This series evokes the isolation of a man hypnotized by the psychedelic invasion of his body and the world around him, and his violent reaction to the perceived threat. Vasin will appear in person at the April 14th opening to discuss his work, accompanied by his signature electronic music.

Ted Vasin's work has garnered international acclaim and exhibitions, including shows at the Limm Art Gallery, De Young Art Center, artMRKT Hamptons, Sotheby's Tel Aviv, Stanford Art Spaces and more. Most recently, Vasin was a recipient of the Creative Capacity Fund and the 2006 Pollock-Krasner Foundation Grant. He is a graduate of Moscow Art College.